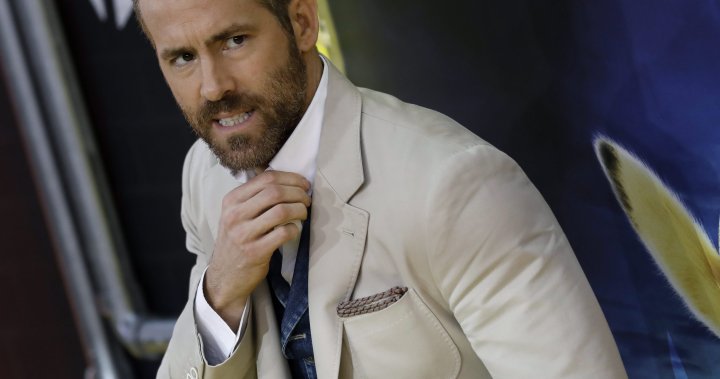 Actors Ryan Reynolds and Rob McElhenney on Monday completed a $2.5 million takeover of a Welsh club that plays in the fifth tier of English soccer.

“This is really happening,” Reynolds said at end of a short video announcing the purchase of Wrexham.

A message from our owners-elect…

Read more:
Cineplex announces ‘Private Movie Nights’ with up to 20 guests per theatre

Wrexham was formed in 1864 and is the third-oldest professional team in world soccer. In a recent call with members of the club’s supporters’ trust, Reynolds and McElhenney outlined their vision to make Wrexham a “global force.”

“You may have never heard of Wrexham, the Racecourse Ground or (sponsor) Ifor Williams,” Reynolds said, putting on a Welsh accent, “but you will.”

Reynolds is a Vancouver-born actor best-known for starring in the Deadpool movies. McElhenney, a friend of Reynolds, is an American actor and director who created and starred in TV show It’s Always Sunny in Philadelphia.

Read more:
Britney Spears ‘afraid’ of her father, loses bid to remove him from conservatorship

Wrexham, which has been a fan-owned club since 2011, said the “RR McReynolds Company” will take 100 per cent control — subject to confirmation by soccer authorities — following a vote among supporters.

“As Wrexham supporters, we would like to wish them the very best of luck in charge of our football club and look forward to what the future brings,” the club’s supporters’ trust said.

The National League — the division in which Wrexham plays — has yet to start its season because of the coronavirus pandemic.