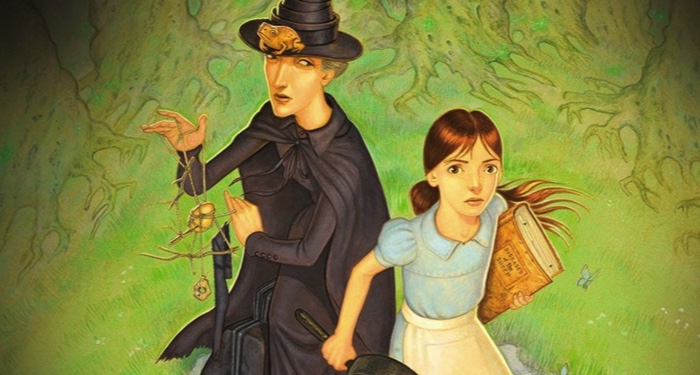 Good news Pratchett fans! Narrativia, Pratchett’s production company, has signed on with Motive Pictures and Endeavor Content to develop the Discworld series. Key word there: develop. It’s not set in stone that the adaptation will air—many projects go into development and never come out—but hopes are high so far.

It’s not yet known in what order the novels will be adapted. There are 41 novels to choose from after all, and the reading order depends on the reader.

The series will (hopefully) join the family of other Discworld and Pratchett adaptations, which include an animated version of Wyrd Sisters (1997), HogFather (2006), Color of Magic (2008), Going Postal (2010), a short movie based on Troll Bridge in 2019, and of course the BBC and Amazon Prime adaptation of Good Omens, which was very much a hit last year.

According to Variety, the adaptations will remain “absolutely faithful” to the source text. After BBC’s The Watch, which received a lot of criticism for how much the story was changed, this is a welcome bit of news. Unlike with The Watch adaptation, Narrativia will have an active hand in creating these stories, so we can breathe easy.

It seems likely that this project will leave the development stage and we’ll be able to watch it as much as we like; as Tor.Com points out, there are a lot of streaming services out there and they’re all looking for content that will bring in viewers. And if anything will bring in new viewers, it’s Discworld and Terry Pratchett’s wonderful satirical writing. Pratchett has a lot of fans (myself included) who will not shut up about him.

And to tie a little bow on top of all of this, the news about the adaptation was officially released yesterday, April 28, on what would have been Pratchett’s 72nd birthday.

For more on Sir Terry Pratchett and the Discworld:

Your Discworld Reading Order: How to Tackle Pratchett’s Series

Quiz: Which Discworld Witch Are You?

In Memory of Terry Pratchett: Author and Wearer of Excellent Hats

Ahmaud Arbery’s Mother Files Civil Rights Lawsuit on Death Anniversary
The Biggest Royal Scandals and Events The Crown Skipped in Season 4
‘Croods 2’ Crosses $50M; Searchlight Staying Quiet On ‘Nomadland’ B.O. & What That Means During Awards Season
Fashion Has Found An Alternative to Doomscrolling
How The Marvel Cinematic Universe Calendar Is Shaping Up For 2021 & Beyond Between Movies & Streaming Series – TCA