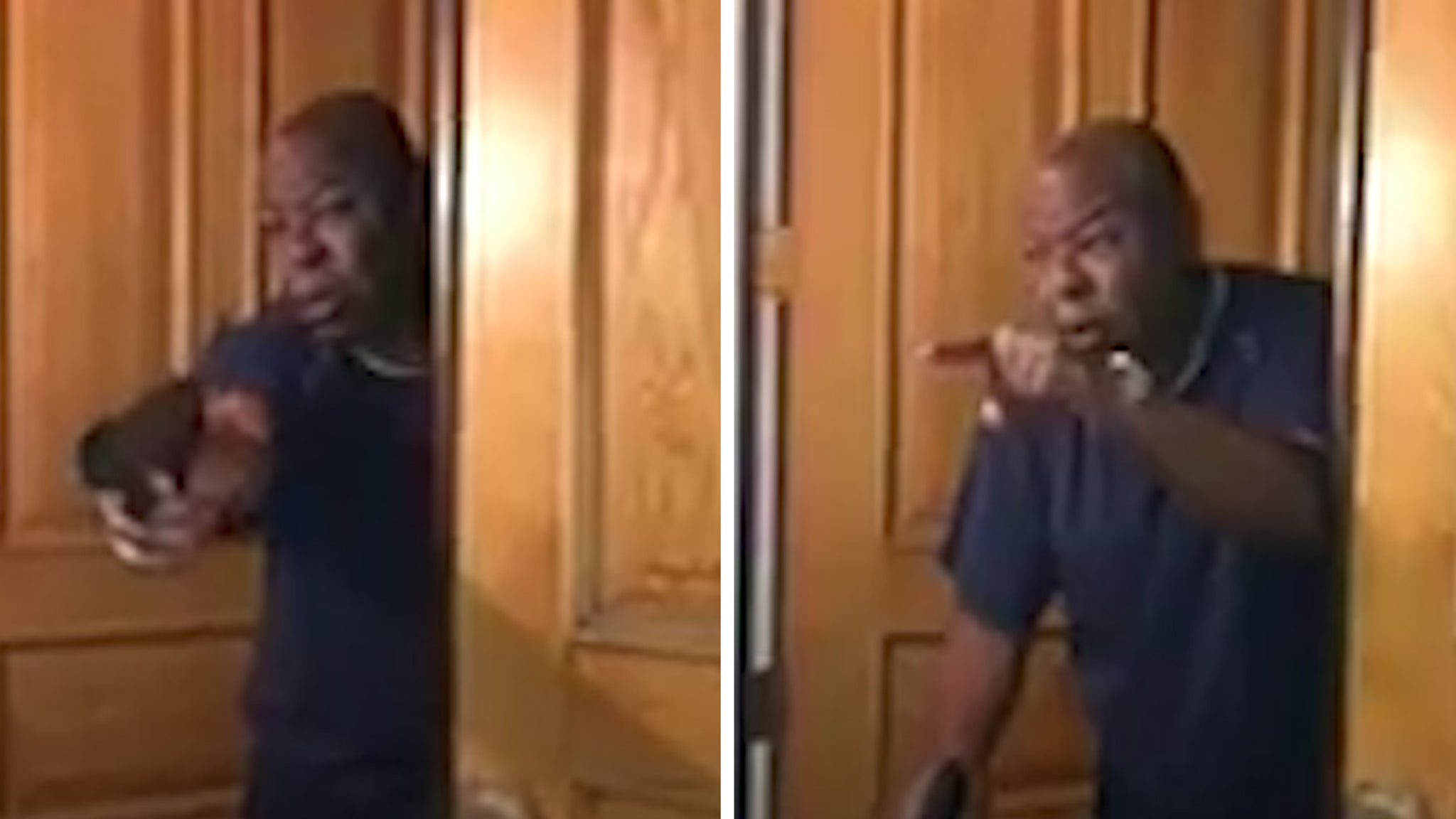 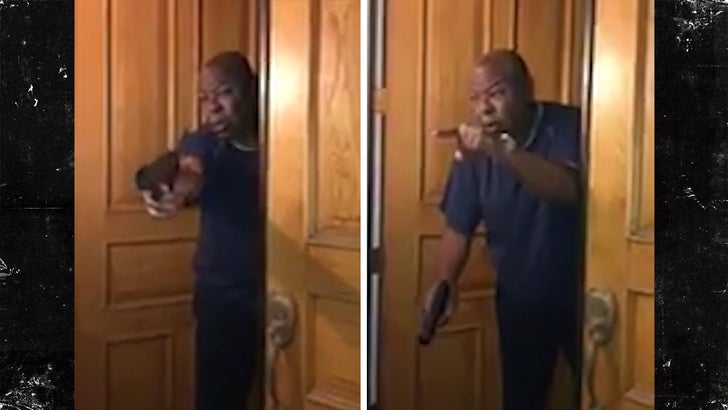 District Attorney Jackie Lacey‘s husband was not a happy camper when protesters showed up on their doorstep — wielding a gun and threatening to shoot if they didn’t scram.

The Los Angeles County D.A.’s hubby was pissed off Monday morning, and aimed what appears to be a handgun at Black Lives Matter organizer Melina Abdullah. He angrily ordered her and whoever else was outside to get off their Granada Hills property … or he’d fire.

Abdullah kept her cool during the confrontation, asking Lacey’s husband, David, if Jackie could come to the door — or if he could relay the BLM camp was there to see her.

He wasn’t having any of that, though, telling her he didn’t care who she was or what org. she was with … once again demanding they scram before slamming the door shut. Apparently, Lacey had agreed to meet with BLM L.A. that morning … but didn’t show up.

It appears BLM went to Lacey’s crib to protest in an effort to coax her out. Abdullah says she was simply there to “invite” Lacey, almost as a reminder that she’d agreed to meet with them. That said … it’s unclear what more, if anything, led up to this moment.

Law enforcement sources tell us the LAPD is aware of the video and spoke with the person the gun was aimed at (Abdullah, in this case). We’re told she refused to cooperate, and for now … the department is investigating the circumstances further. No arrests were made.

We’ve reached to the D.A.’s Office for comment … so far, no word back.

Lacey is up for re-election and Tuesday is election day.