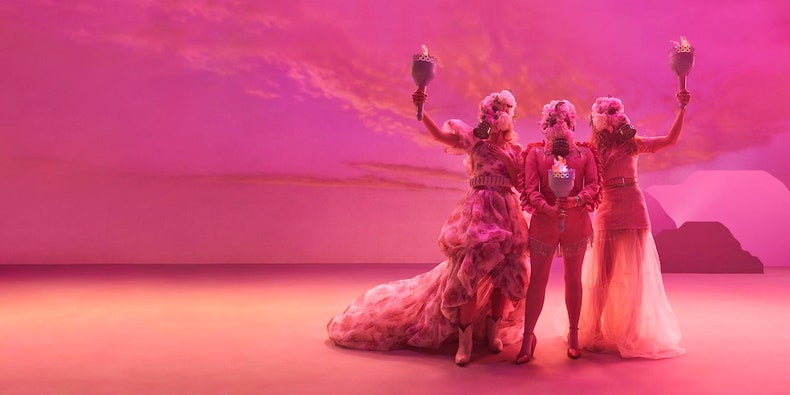 The Dixie Chicks are back. The country trio has shared “Gaslighter,” its first new song in over a decade. Below, watch the accompanying music video, directed by Seanne Farmer. “Gaslighter” is the title track of the group’s long-awaited comeback album, produced by Jack Antonoff, which comes out May 1 (via Columbia). Check out the album cover, as well as the trio’s new interview with Zane Lowe on Apple Music’s Beats 1, below.

Dixie Chicks’ last studio album was 2006’s Taking the Long Way. After touring that record, they took a hiatus during which vocalist Natalie Maines released a solo album (2013’s Mother) and sisters Emily Strayer and Martie Maguire formed the bluegrass duo Court Yard Hounds. The Dixie Chicks reunited for tours in 2013 and 2016. The latter tour was documented on the 2017 live album DCX MMXVI Live, featuring their take on Beyoncé’s “Daddy Lessons” (which sampled their 2002 single “Long Time Gone”).