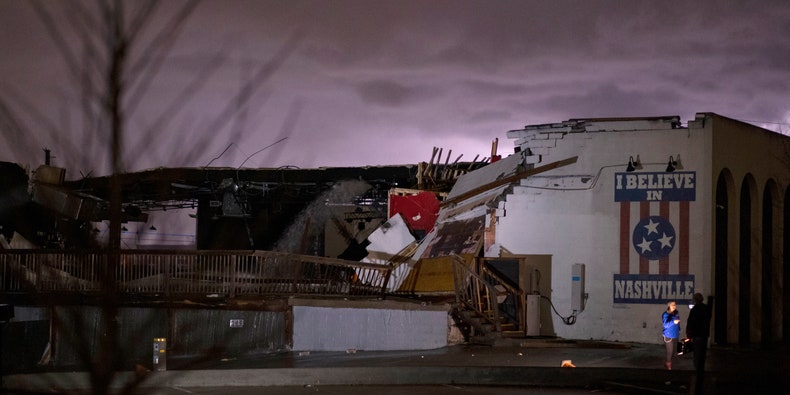 The Nashville music venue Basement East was “severely damaged” from the deadly tornado that swept through Tennessee, the venue announced early this morning (March 3). The venue was hosting a benefit concert for Bernie Sanders before the tornado struck. The Basement East’s co-owner Mike Grimes told Rolling Stone:

The tornado hit at approximately 1:15 a.m.; the Bernie benefit was
over, and our conscientious staff of five ran down to the basement
with seconds to spare before the roof blew off. All are safe. We are
so fortunate. The venue is pretty much a total loss.

The tornado has killed 19 people in Tennessee, including two people in Nashville, The New York Times reports. “It is heartbreaking,” Tennessee’s governor Bill Lee said, according to The Times. “We have had loss of life all across the state.” Nashville Mayor John Cooper said, “Last night was a reminder about how fragile life is,” according to The Associated Press.

The Basement East was opened in 2015 and has hosted shows from Margo Price, Jenny Lewis, Hurray for the Riff Raff, Maren Morris, Tim Heidecker, Strand of Oaks, and many others.