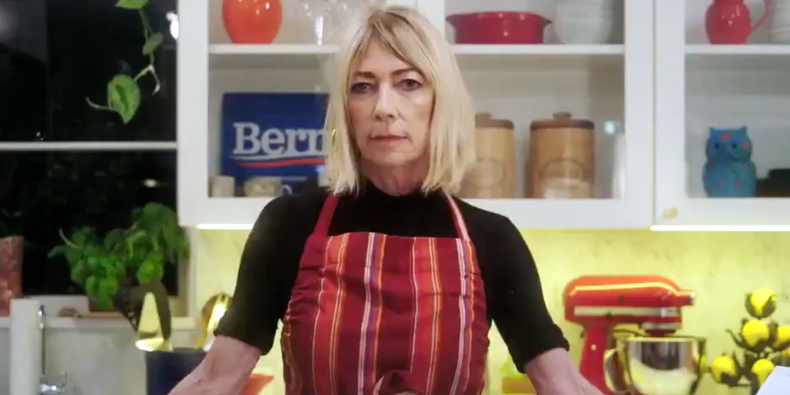 Kim Gordon has recently spent a lot of time supporting and canvassing for the Bernie Sanders campaign. Today, prior to Super Tuesday, she shared a new political ad titled “What’s Cooking America?” that features her explaining why she’s in favor of Sanders’ platform. After mixing up a bowl full of his campaign promises, she pours the batter into a pan and pulls out a cake featuring his campaign logo. “Vote for Bernie,” she says. Find the video, directed by Mariko Munro and written by Elaine Kahn, below.