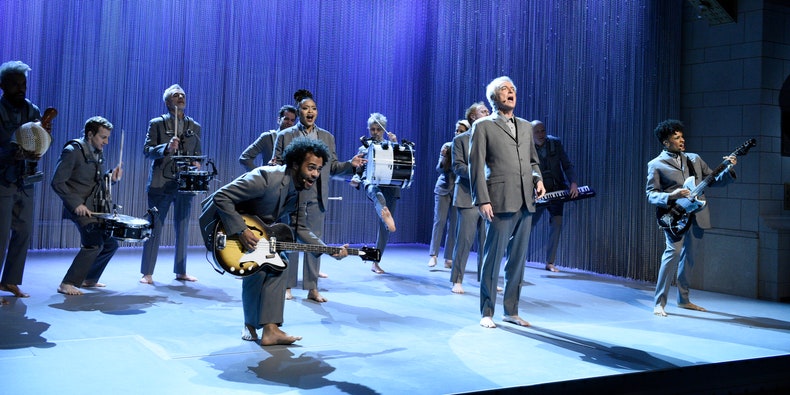 David Byrne was the musical guest on this week’s episode of Saturday Night Live, where he performed the Talking Heads classic “Once in a Lifetime” and his BPA collaboration “Toe Jam.” The episode was hosted by comic and former SNL writer John Mulaney. Watch Byrne’s sets and his appearance in an elaborate Broadway-themed tribute to LaGuardia Airport (which featured a guest appearance from Jake Gyllenhaal) below.

Mulaney returned as SNL host for the third time last night, following his March 2019 and April 2018 appearances on the show. He was the SNL host to lead the show on a Leap Year Saturday. Byrne recently announced that his hit Broadway stage show American Utopia will return in September for a 17-week run through early 2021.

Read “David Byrne’s American Utopia Is a Broadway-Sized Plea for Common Ground” and “John Mulaney on His 5 Favorite Comedy Albums” on the Pitch.