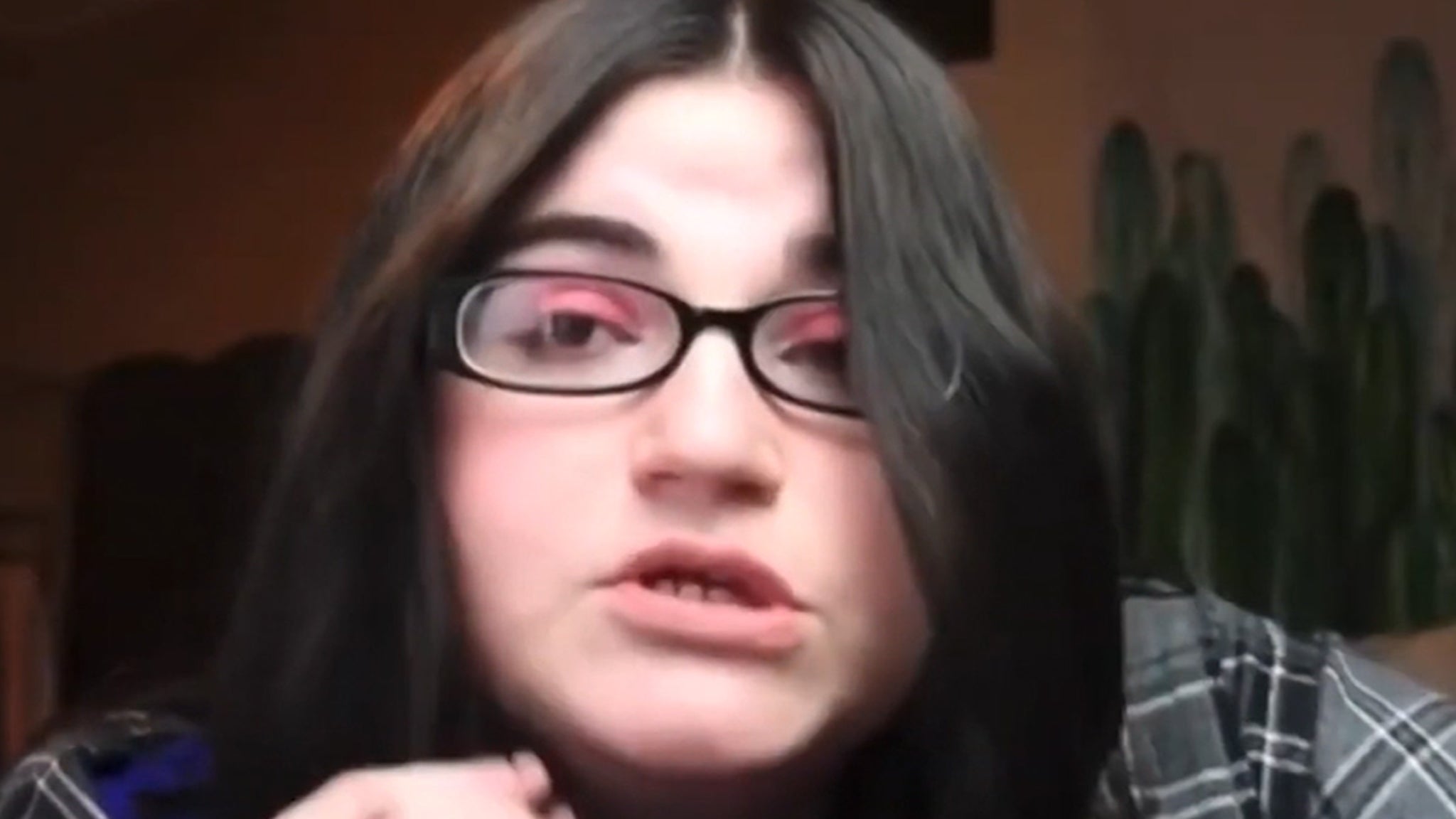 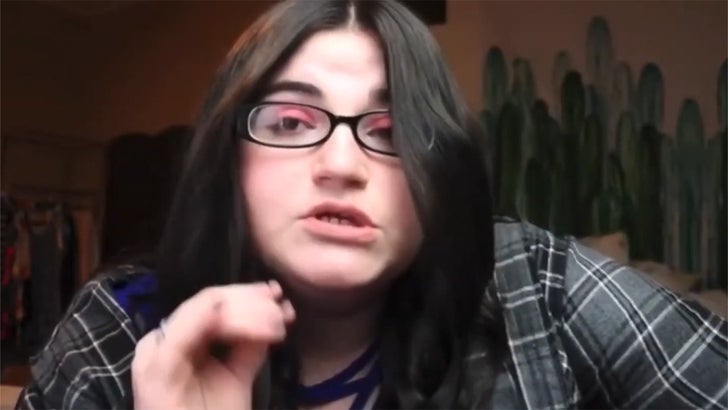 A beauty vlogger is under fire after she posted a video in which she bragged she beat the hell out of her 2-year-old daughter for ruining her makeup … adding her hand hurt from the beating.

The “influencer” is Michelle Grace, and people are now calling for an intervention or at the very least a Child Protective Services check  … but Grace is defending her actions.

Here’s what happened — Grace shared a video titled “My Toddler Ruined My JSC Alien Palette|Now I’m sad…” on her YouTube channel, and went on to say “My 2-year-old just got her ass beat” … all while her child can be heard crying in the background.

Grace continues by explaining her daughter found her Jeffree Star Cosmetics eye-shadow palette and another palette and ruined them … even though she’s told her in the past to not do such things. Reminder — the daughter is 2. 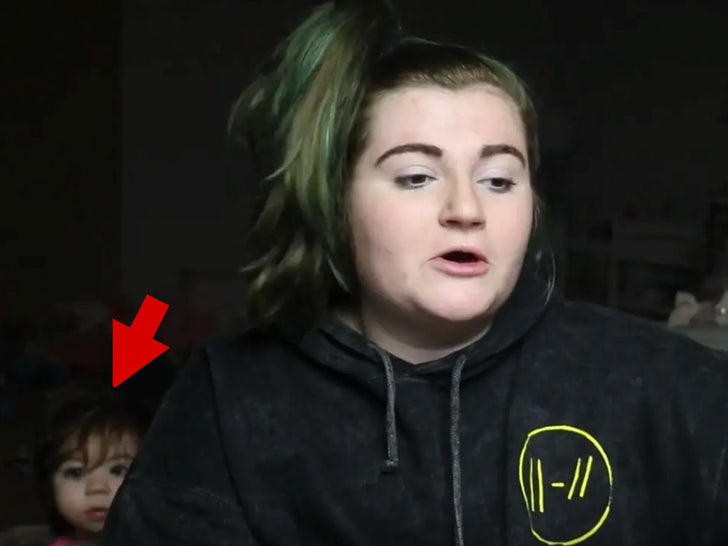 By the way … Grace grouses she doesn’t know what to do … she says it’s like she has to put her makeup in a safe to keep it away from her child. Well, that’s a better solution than beating her.

That’s not all … Grace later reiterates how badly she “beat the crap” out of her child to the point she injured her own hand. 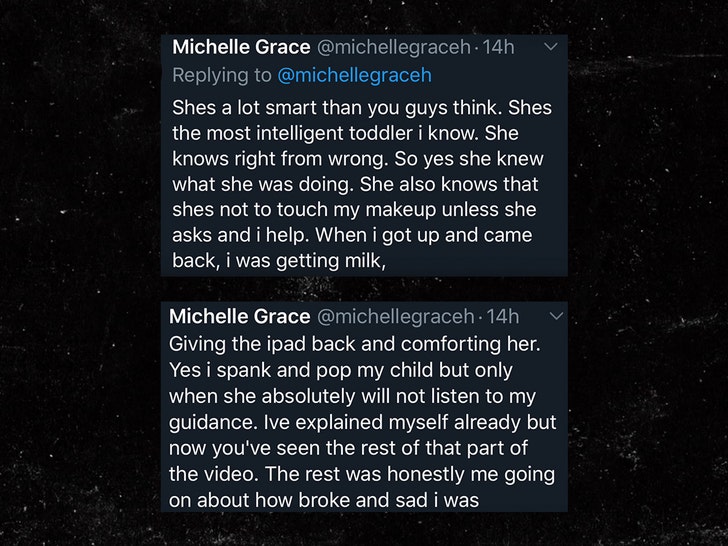 Though the beauty vlogger’s fans are shocked, concerned and appalled … Grace defended her parenting skills and later on Twitter, said her girl is intelligent and knows right from wrong, and justified the physical discipline as teaching a lesson.

Grace also claimed her hand hurt before the incident … and some of her daughter’s crying was due to taking her iPad away.

She added … “And I know a lot of parents might not agree with me … but I don’t normally, I don’t normally spank my child, unless I really have to, and usually, it’s just a pop. And it barely hurts. She cries for like, five seconds.”

Apparently this time was more than that … because the crying lasted for a lot longer than 5 seconds.