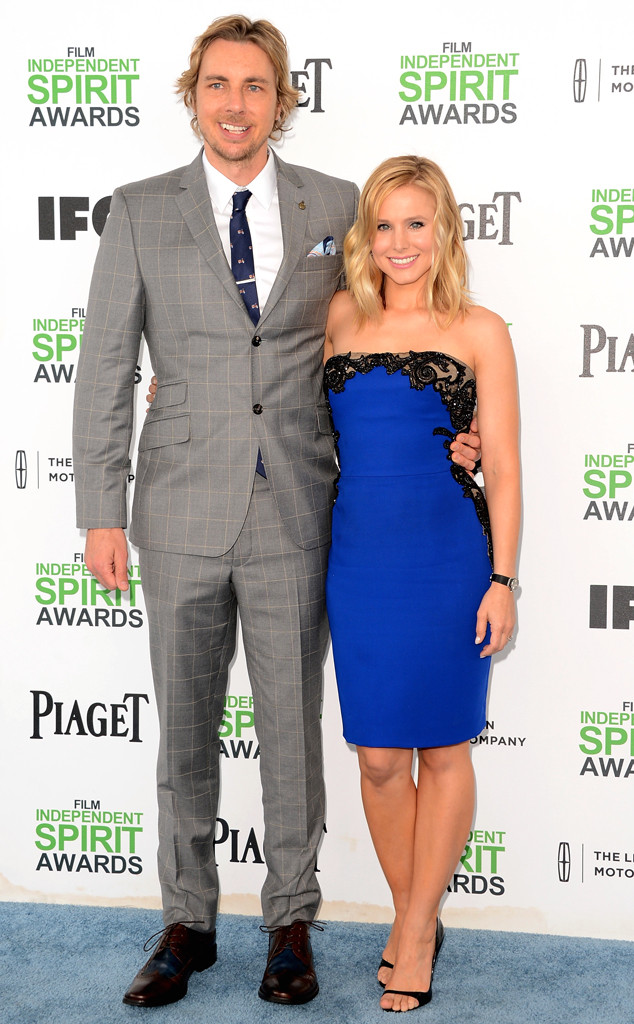 Kristen Bell isn’t letting this one go any time soon.

On Tuesday, the Frozen 2 star stopped by The Ellen DeGeneres Show, where she shared an embarrassing story involving her husband Dax Shepard. While on the topic of her and the Armchair Expert host’s family life, host Ellen DeGeneres requested that Kristen tell the audience about the time he accidentally flirted with her mom Lorelei thanks to an unfortunate emoji mishap.

“And, by the way, the minute you involve an eggplant an emoji, the whole story changes ‘cuz now it reads, ‘I’ll be there in 11. Can’t wait for see you tonight,'” Kristen continued, channeling her Gossip Girl narrator voice. “Which is not how the original text read or what she intended.”

As the audience roared with laughter, The Good Place alum revealed that there was one silver lining behind the whole story: “Thankfully, she didn’t know what the eggplant emoji was.”

Before diving into Dax’s emoji fail, Kristen gave Ellen an inside look at what her family has been up to these days with some other humorous anecdotes—starting with her and Dax’s daughter Delta, 5, and her bath time misadventures.

After showing a picture of her daughter’s hair covered in petroleum jelly, the Forgetting Sarah Marshall star shared how she handled the situation. “And how you get it out is this: It was three rounds of Hello Bello shampoo, one round of clarifying shampoo. Two rounds of dish soap,” she listed. “And then we still had to wait four days because none of that worked.”

Shocked by how difficult it was to remove, Ellen asked Kristen if she was able to comb Delta’s hair, to which she replied, “No, we didn’t touch it. I mean, who she got to impress?”

When Kristen isn’t trying her best to wash Vaseline out of her child’s hair, she’s making sure that her 11-year-old rescue dog Barbra Biscuits, who is missing one eye and partially blind in the other, isn’t getting into trouble.

“She’s just a hot mess,” she told Ellen while showing the audience a picture of the two of them. “Well, you know what? This was—she walked right into the pool…This eye only has 20% sight and but none of it involves the edge of the pool.”

Jokingly concerned by Kristen’s stories, Ellen quipped, “You’re not looking good as a mom or a pet owner right now.”

‘Avatar 2’ Rises To No. 5 On All-Time Global Chart; Will It Overtake ‘Titanic’ Next?
Emilia Clarke’s The Pod Generation Is A Clever Sci-Fi Satire About The Future Of Pregnancy
Same Same But Different: Editor-Loved Wellness Essentials
Watch Lil Baby Perform “California Breeze” and “Forever” on SNL
James Cameron’s Wife: Meet His Spouse Suzy Amis, Plus Everything On His 4 Previous Marriages