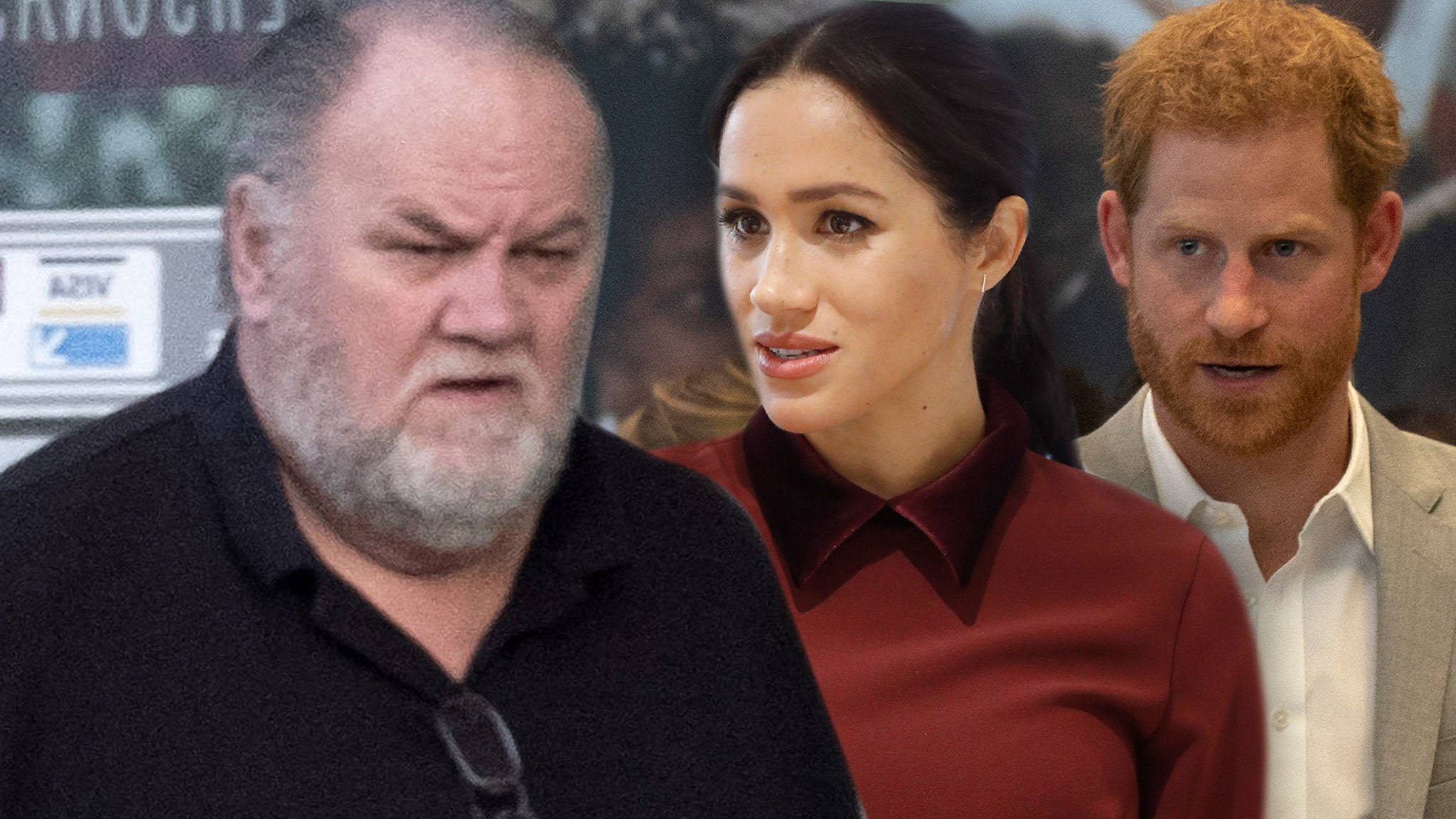 Meghan Markle‘s father doesn’t give a royal crap about what people think of him continuing to make money off his relationship with her … or lack thereof.

Thomas Markle tells TMZ … a recent quote from his interview with Britain’s Channel 5 — for which he was paid — got a bit misconstrued, but he’s not backing down from the crux of what he said.

If you missed it … Thomas said Meghan and Prince Harry “owe” him for what he’s been through, and he should be “rewarded” for it. He added … “My daughter told me when I reach my senior years, she’ll take care of me. I’m in my senior years now … so it’s time to look after daddy.”

Thomas tells us he didn’t mean the Duke and Duchess of Sussex should be sending him cash — that’s clearly not happening because they don’t communicate at all — what he meant was … he’s going to keep cashing in on his story, and his royal connection.

Markle says he plans to continue booking paid interviews and public appearances — just like Meghan and Harry do — but the good news for him … he doesn’t need permission from the Queen.

The gist of it, according to Thomas — he feels he got dragged into this situation, and if he’s going to be without his daughter because of it … he needs to do whatever is necessary to look out for himself financially.

That’s what he claims Meghan’s doing by stepping down from senior royal duties to come to North America … a move he called “ridiculous” in his Channel 5 interview.

Yeah … he’s probably right about her not taking care of him in his old age.

It’s Just Under 115 Days Til Fast X Finally Hits Theaters, And Ludacris Has Some Thoughts About Filming
Watch Love is Blind’s SK Propose to Raven All Over Again
Every Time Birthday Girl Stormi Webster Stole Our Hearts
King of the Hill Revival Announced at Hulu
Super Bowl Movie Trailer Spots Will Include ‘The Flash’, ‘Fast X’, ‘Transformers’ & ‘Ant-Man’