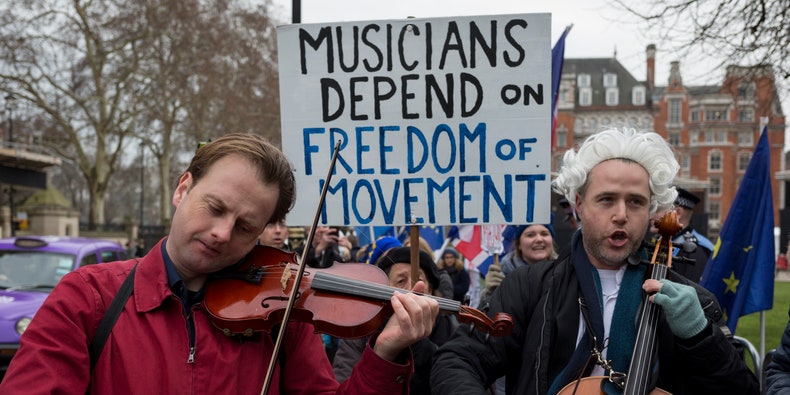 The United Kingdom’s Home Office has announced new regulations that will require musicians from the European Union to apply for Tier 5 visas in order to tour in the UK once the Brexit transition period ends in December 2020.

The UK’s new “points-based immigration system” will end free movement from EU-member countries to the UK, subjecting musicians—as well as athletes and other entertainers—traveling from the EU to the same regulations as those traveling from outside the EU. The Tier 5 visa, which currently carries a £244 application fee, also requires a certificate of sponsorship and for workers to prove that they have at least £945 in savings for 90 days before they apply. Current regulations allow workers to travel throughout the UK without any fees or work permits.

Non-EU workers can currently apply for a 30-day Permitted Paid Engagement (PPE) visa, though the process is arduous enough to have discouraged musicians from applying. The eligibility requirements also appear to disqualify touring bands who plan to continue their tour outside the UK.

Musician advocacy groups have been calling for the UK to adopt a 2-year, multi-entry visa. The Home Office has given no indication they plan to consider such a visa, despite culture minister Nigel Adams’ insistence that “touring is absolutely the lifeblood of the industry.”