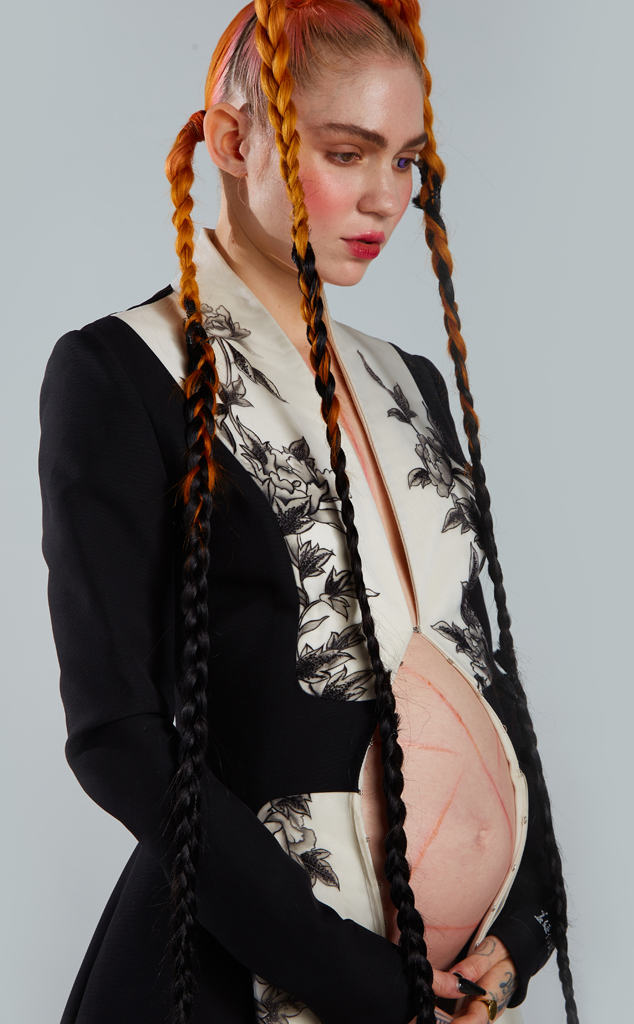 Grimes is revealing how she’s preparing for the arrival of her and Elon Musk‘s first child together.

In a new interview with The Face, the singer is sharing that she and the Tesla creator are already making plans for the future as they await the birth of their baby. For example, the 31-year-old says she’s created a digital version of herself so that even as she raises her child, she can still do shows, photo shoots and more, without actually being physically present. She explains, “Having a digital body allows me to keep working throughout the later stages of my pregnancy, and after I have my baby, so I can spend more time with them. It’s hard for me to do photoshoots and fit into clothes at the moment, but WarNymph is here in your magazine promoting my album for me.”

She describes this solution of sorts as “techno-feminism,” and adds, “A lot of my friends aren’t having babies because they’re worried about their careers, and we wanted to find a way to overcome this issue.”

The artist also says that this will protect her and her mental health from the onslaught of “negativity” she faces from people on social media. “I hear about how ugly or stupid or annoying I am every day… It’s sort of like being in an emotionally abusive relationship after a while. It takes a toll,” Grimes shares.

Right now, though, the singer is feeling more drained from “manifesting a human soul,” a.k.a. being pregnant, than anything. She says that now more than ever she finds herself getting “tired way more easily,” as is expected when you’re 7-months pregnant.

As for her plans post-pregnancy, Grimes is revealing she’s going to be more low-key than most would expect. Despite being a self-proclaimed raver, the singer says she doesn’t see herself raving with her child. Instead she’ll let it go to raves on its own. “Children need to get into raving, but I don’t think I’ll rave with my kid… I don’t think kids and adults need to rave together,” she explains. “I don’t have a problem with late bedtimes/​nocturnalism. Unless there’s some health risk I should know about. The baby has already been exposed to a lot of techno in the womb.”

That being said, Grimes shares she might “periodically” send her kid to “live in the woods” with her grandpa where they will do “lots of physical labour in the cold and whatnot.” Of course, she says she doesn’t view this as a punishment, but more of a way to ensure they “aren’t too spoiled.”

And, last but surely not least, she confirms the memes surrounding her baby name choices are “on point.”