It’s a bittersweet night for those who knew and loved Kobe Bryant.

On Sunday, sports’ biggest stars celebrated the 2020 NBA All-Star weekend at the United Center in Chicago.

During the final game, many took a moment to pay tribute to the late Lakers star, including Jennifer Hudson, Common, Magic Johnson, Dwyane Wade and Shaquille O’Neal.

Speaking to E! News’ Rocsi Diaz, O’Neal reminisced about his favorite moments with the legend and how special this year’s NBA All-Star weekend was.

“Just him taking the time to talk to my kids,” O’Neal expressed about his close relationship with Kobe off the court. “Unfortunately, for me, even though I was a great player, I’m not my kids’ favorite player… For [Kobe] to take the time to text my babies, check up on them… It was special.”

He added that he tried to do the same for Bryant’s daughters.

“I reciprocated the same energy when I saw his kids. I always walked up to them and said, ‘Hey beautiful ladies. My name is uncle Shaq.'”

He also recalled his favorite memory with Bryant on the basketball court. 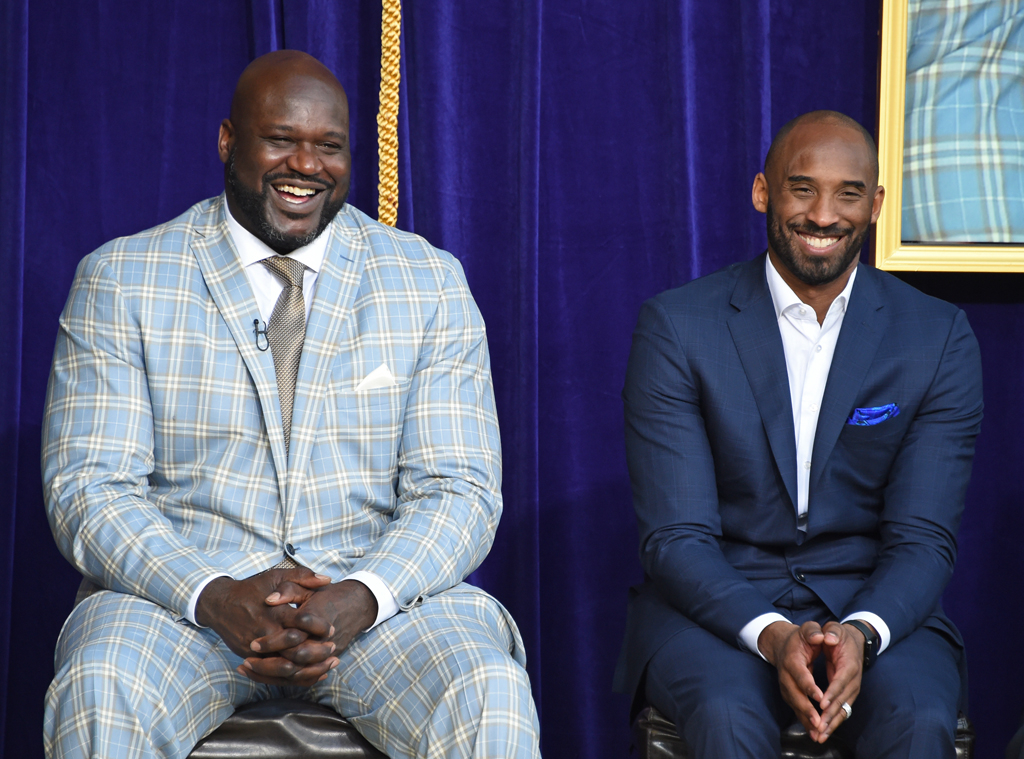 “My favorite moment with him on the court was after winning the first championship. Out of the thousand people in the arena, the one guy running and jumping in my arms was… it was him.”

The former Lakers player also shared how “crazy” the NBA All-Star weekend has been.

“It’s been very crazy, it’s been very hectic,” he said. “It’s been down/up weekend, of course, without the great Kobe Bryant. But I think we’re doing a great job of celebrating.”

O’Neal also praised the NBA Commissioner, who announced on Saturday that the MVP Award would be re-named after the 41-year-old star.

“Kobe Bryant is synonymous with NBA All-Star and embodies the spirit of this global celebration of our game,” Adam Silver previously said in a statement that was shared with E! News. “He always relished the opportunity to compete with the best of the best and perform at the highest level for millions of fans around the world.”

Of the name change, O’Neal told E! News, “I think it was the right thing to do. Especially at this time of the year, he always tried to get that MVP award. He was that type of player.”

Even though the NBA All-Star game will come to a close tonight, the league’s tributes to Kobe, his daughter Gianna Bryant and the seven others who passed away in the helicopter crash are far from over.

On Monday, Feb. 24, the Staples Center in downtown Los Angeles will host a public memorial service.

Jeremy Renner Was Trying to Save Nephew Before Being Hit By Snowplow
What’s The Big Frigin’ Difference?!
Rian Johnson Wants To Make A Key Change To The Knives Out Franchise After Glass Onion
See Nikki Bella Try on Her Stunning Wedding Dress
The 9 Best Fashion Brands to Build Your Work Wardrobe