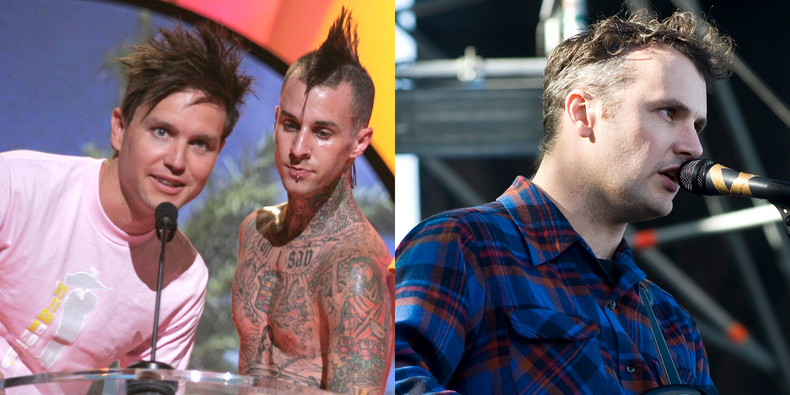 Phil Elverum recently made an appearance on the weekly Blink-182 fan podcast Blink-155, which is—by the hosts’ own account—“an unnecessary podcast that reviews every Blink-182 song.” Elverum called in to talk about “I Miss You,” the ballad from the pop-punk trio’s 2003 self-titled album.

“The first time I listened, I watched the video, which was maybe sensory overload… and since then it’s gone downhill,” he said. “Just now in the car, I realized there’s one verse, a chorus, then one verse, and then the whole last half of the song is just the chorus over and over… That’s too much. You have to have a little bit more content, even if the content is this incoherent mush of Nightmare Before Christmas references.”

Elverum continued, “I tried to understand the first and second verses on their own, because they’re two different singers, and I sort of started thinking of the song as two different songs that are interwoven—which is cool, your band has two singers and they’re both singing different songs that somehow interweave? That’s maybe a generous way of hearing this song, but that’s what I started doing and I enjoyed that,” he said. “The first verse is saying one thing… I don’t know what it is exactly, but it’s basically saying, ‘I’m sad, I live in the valley of the shadows, find me and we’ll hang out there, Nightmare Before Christmas, my favorite film.’”

When asked if he ever had a punk phase, Elverum replied, “No, I somehow leap-frogged from MC Hammer to Beat Happening… Weezer is probably the closest I had in my life to this. It’s a little bit less bad, but still in the same vein.” Listen to the full thing below; Elverum comes in at the 2:29:20 mark.