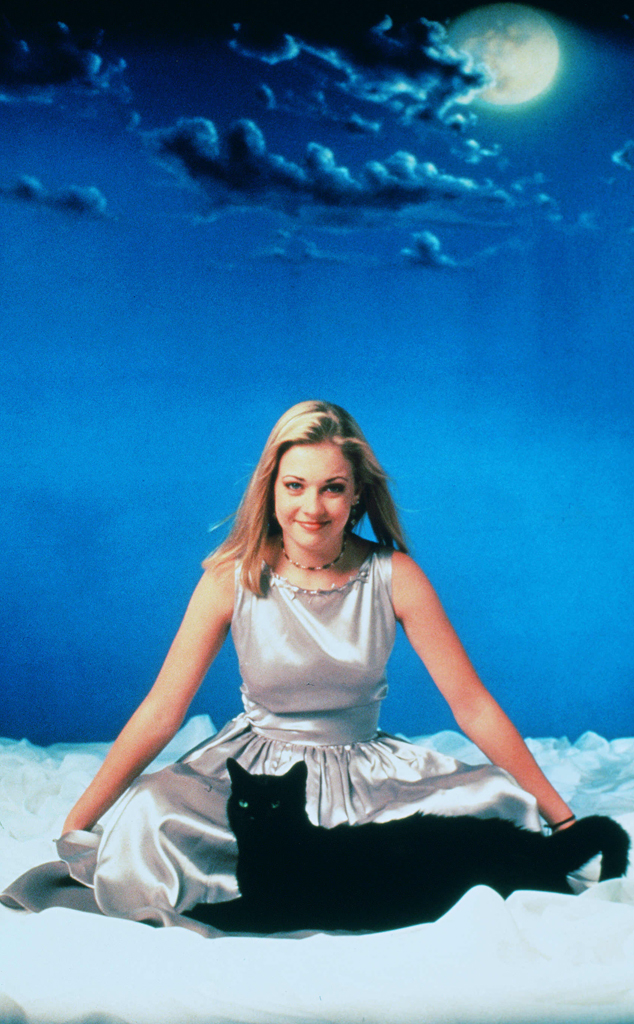 Talk about a spellbinding moment!

Before there was the Chilling Adventures of Sabrina, there was Sabrina The Teenage Witch. And the original cast recently had a reunion to celebrate the show, which ended in April 2003.

Unfortunately, aunties Hilda and Zelda Spellman (a.k.a. Caroline Rhea and Beth Broderick) aren’t in the group shot, nor is Nick Bakay, who voiced Salem the cat. But this reunion was still magical!

As Hart wrote in her caption, “Last night was a #woohoo kinda night! 100 members of our cast and crew got together for a casual hang out and reminisced about all things 90’s, Magic and filling the gaps in the last 17 years. #harveyandsabrinaforever #sabrinatheteenagewitch #reunion.”

Prior to the party, Hart shared a photo from an Entertainment Weekly photo shoot that teased this reunion.

As she wrote in her caption, “Something is brewing for tonight!! Don’t get too excited because it’s a small intimate party for the crew and cast of Sabrina but we promise to share some fun photos of the evening!! I can’t wait to catch up with my pals from the 7 most fun years of my life. It’s been 17 years since we wrapped and a reunion is well overdo. #sabrinatheteenagewitch #SquidRocks.”

The last time the world was gifted with a Sabrina reunion was in 2018, when Hart, Broderick, Rhea and Richert teamed up with Netflix to send Kiernan Shipka and the rest of the CAOS cast their “best witches.”

As Hart said in the Instagram video, “So tomorrow, the Chilling Adventures of Sabrina drops on Netflix. And I just wanted to send my best witches to Kiernan Shipka, AKA the new Sabrina Spellman. By the way, from one Sabrina to the other…if you’re ever given a choice between a broom and a vacuum, choose the vacuum.”

And then, the O.G. Harvey Kinkle comes in saying, “I just wanted to say hello to the new Harvey, Ross Lynch. I hear the new Sabrina is scarier and pretty damn twisted. I’m rooting for you buddy. Stay alive!”

As Rhea chimed in, “I just want to say best witches to Lucy Davis for being Aunt Hilda 2.0. And now I get to be Etta Candy. I’m so excited. Can’t wait to see the Chilling Adventures of Sabrina.”

For her part, Broderick said to Miranda Otto, “I can’t tell you how excited I am to see the new Chilling Adventures of Sabrina. And Mirando Otto, I witch you all the best.”

We need a cross-over to happen immediately.