In this clip from tonight’s all-new Real Housewives of New Jersey, Teresa Giudice addresses the state of her marriage to husband Joe Giudice—and makes a shocking confession. The candid chat arises as the Giudice matriarch reflects on the prenuptial agreement she signed a week before their wedding.

As revealed in a previous episode of RHONJ, Joe claims he had Teresa sign the document as he didn’t “want to get married.” Understandably, this comment angers the Bravo celebrity, who feels she has been a “perfect f–king wife.”

“I have a lot of resentment. I feel like I didn’t deserve that,” Teresa laments to her co-stars. “‘Cause I was, like, the perfect, perfect f–king wife.”

Furthermore, Teresa reveals she doesn’t feel Joe was as dedicated to their marriage as she was. Why?

Well, not only does the longtime reality star mention the many cheating allegations brought against her husband, she reveals Joe once had a separate phone to communicate with another woman.

“Listen, he had a separate cell phone with one girl,” Teresa confesses.

“Do you know that for a fact?” a stunned Jennifer Aydin inquires.

According to Teresa, she “found it” and confronted Joe about the secret phone.

“It was his ex-girlfriend’s sister. He said, she was going through her divorce, helping her trying to sell her house,” the Turning the Tables author relays in regards to this never-before-told story. “Like, I quit my job. Gia [Giudice] was three and I was like, what am I gonna do? I shoulda left then, right? I didn’t because he denied it to me, I believed him.”

Understandably, this admission shocks the group as Teresa has been loyal and devoted to her husband for decades.

“Today, do you believe he cheated on you?” brother Joe Gorga asks.

“Yeah, now I do,” Teresa expresses. 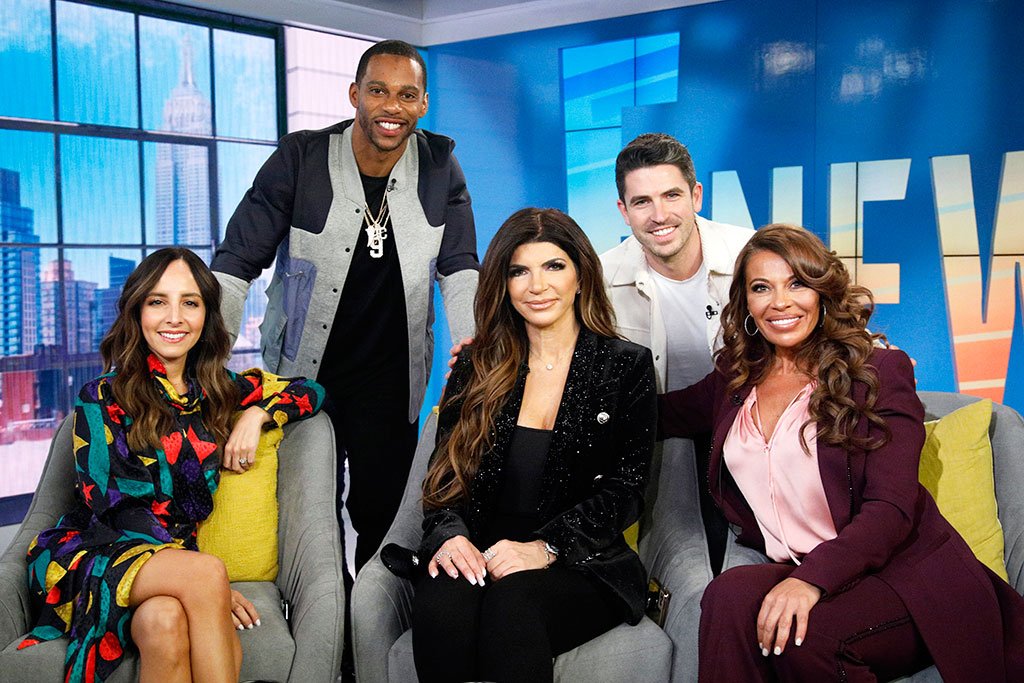 The gang, aside from Dolores Catania‘s audible gasp, is left speechless amid Teresa’s confession.

“Listen, I don’t think it’s news to anybody’s ears that Joe was cheating on Teresa,” sister-in-law Melissa Gorga adds later on. “What the news is here is, Teresa’s finally admitting it.”

Although Teresa admits she was once “blind” to Joe’s behavior, she notes that it’s still hard for her to address.

“It took a long time, and it still is really hard for me to admit, but I owe it to myself to open my eyes to it,” the RHONJ veteran concludes.

As E! readers surely recall, back in December, reports revealed the couple had split after 20 years of marriage. Joe returned to his native country of Italy in October after five months in ICE custody. Before that, he was incarcerated in a federal prison for fraud.

For Teresa’s candid confession, be sure to watch the clip above.

(E! and Bravo are both part of the NBCUniversal family.)