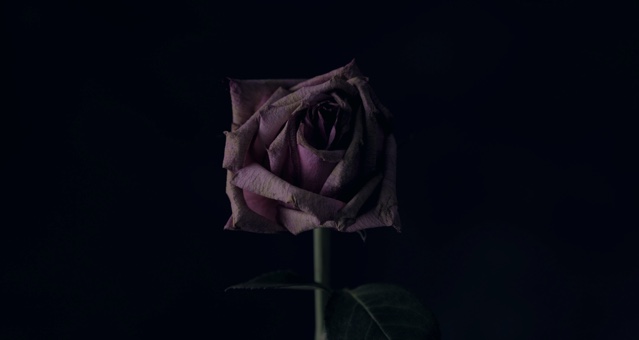 Ah, Valentine’s Day. The time for bleeding hearts, spilling your emotional guts, and making ourselves vulnerable to new experiences. However, sometimes admitting your feelings for someone seems more terrifying than facing up to a shadowy figure with a chainsaw. So, if you’re too nervous to go out on that date, or want a thrilling ride to kick your confidence into gear, get your pulse raising and blood pumping this Valentine’s day with some blood-soaked horror books instead! De-stress and disturb yourself with stories of sharp knives and tales of twisted terror, all in the comfort of your completely, perfectly safe home.

No little deaths here, only slaughter. 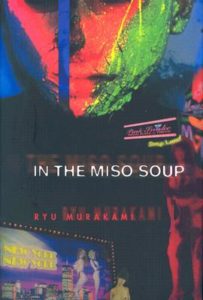 In The Miso Soup by Ryu Murakami

Kenji is hired by an American tourist to take him on a guided trip around Tokyo’s gritty, debauched underbelly. Specialising in financially exploiting the ways in which Western tourists fetishize Japan, Kenji agrees to show this new client, Frank, various adult entertainment bars and clubs. He thinks it’s just another routine tour. However, when this tourist’s demands become increasingly suspicious and unnerving, Kenji realises that he’s being dragged in over his head into a bloody, bleak mess.

This weird, dark book is a discomforting, gory read that peeks into existential and sinister dimensions of humanity and culture, cast in the glare of neon signs. It tackles criticisms of the tourism industry, America’s exoticisation of Japanese culture, the moral choices we may knowingly ignore in order to make a paycheck, and more, all while drenched in scarlet. I recommend devouring it in one sitting to feel the full effect of the gruesome rollercoaster you ride with poor Kenji. 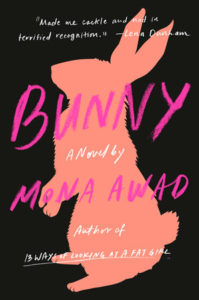 Samantha didn’t think that her graduate program could get so intense, but when she’s indoctrinated into a clique of seemingly sweet classmates, she is forced to face up to unexpected, and literally explosive, truths about her own imagination. What happens at the infamous ‘Smut Salon’ workshop is harrowing to read about, but described with enough delicious darkness that you may begin to feel left out, almost jealous that you weren’t invited.

The contrast in this story is what makes it work so well; the sugary demeanour of Samantha’s new friends is quickly swallowed up by the shock of gore. Even though reality begins to bend and turn chaotic as Samantha and the Bunnies keep pursuing their questionable extracurricular activities, it is the everyday drudgery of higher education that consistently seems horrific. This book has its tongue placed firmly in its cheek and is an extremely cathartic read for anyone who has experienced the strain of the education system or is looking for a fantastically nuanced conversation about female friendships. 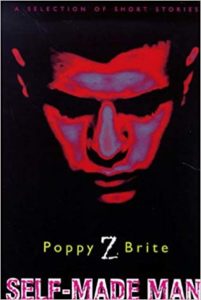 This book collects short and twisted stories, ranging from the weirdly sweet to the downright visceral, in one compendium of creepiness. The limits of the human body that Brite pushes and prods in this book are, at times, gut churning and guaranteed to not only keep you up that night but linger in your brain for months to come. However, there are also tales in here that will make you confront your own physical vulnerability; reading is so often an internal, cerebral activity, but this book will make you consider your flesh vehicle in new ways. In one story, a musician sleeps in the bed of his dead band member, pining for days past. In another, a man brings an unexpected instrument to a sexual encounter, and you as the reader will have ground your teeth into dust with stress by the conclusion.

If you’re not wriggling in your armchair with this book, I can only assume you died reading the contents page.  These tales are explicit in their violent and sexual content; however, they also discuss queer themes through a unique and brutal perspective. But you’ll want to read with more than just the bedside light on. 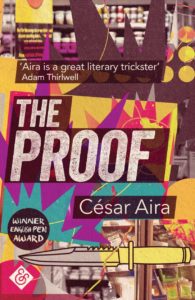 The Proof by Cesar Aira

This Spanish novella follows Marcia, a typical teenager out on a walk through the streets of Beunos Aires. On her stroll, however, she is accosted by a duo of punk girls who offer her sex. Declining their advances, but fascinated by their fashion and attitude, Marcia and the punks spend the rest of the night together chatting about philosophy and love over ice cream. But, when the ice cream is done, the punks have another date in mind, one much darker and more blood-soaked.

Strange and sudden, this book is considered splatterpunk, as it definitely delivers in terms of shock and the grotesque as the punks show Marcia how they express desire. There is a lot to ponder over by the end: were these strangers supernatural beings in the end? Was it just a satiric anarchic outburst by counter-culture fanatics or are they genuinely invested in their cause? What might we do at our loneliest, who might we trust? From its attractive descriptions of a busy city and unique experiments with the concept of time, to the chaos of the final act, reading The Proof is like a hazy wander through a dream, which ends with sudden blunt force trauma to the back of your head. 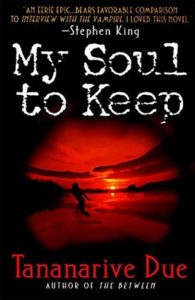 My Soul To Keep by Tananarive Due

Jessica thinks she has it all: a nice job, a nice house, a cute cat and daughter, and a perfect husband. But when people start being brutally murdered around her, and her Mr Perfect’s persona begins to rot away, Jessica is suddenly left fighting for her mortal life. This book reads like a thrilling summer slasher flick, with interesting characters that you immediately enjoy and a twisty plot that involves paranormal elements.

The discussions of the limits of love and family loyalty throughout this book add a compelling, compassionate dimension to this tale of terror, creating a book that manages to genuinely tug at your heart whilst you’re also screaming for Jessica to ‘run!’ at the pages. And the literally gut-wrenching scene in a bathroom is sure to have you fascinated, horrified, and raring to pick up the next books in the African Immortals series. 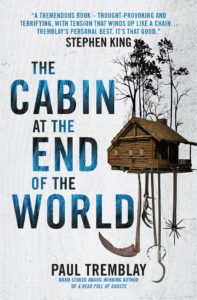 The Cabin At The End Of The World by Paul Tremblay

Because it’s Valentine’s day, you deserve some romance with this reaping, and the couple in this story have no choice but to be strong. A melancholic and gloomy jaunt through doomsday, Tremblay’s tense and gleefully violent thriller about a family’s soured holiday is an obvious choice for this list. When approached by a group of bizarrely armed strangers who claim they require a sacrifice or the apocalypse will come, a white-knuckle fight for their lives erupts.

The ritualistic deaths scheduled in this book always feel fresh and frightening, described with a coarse coldness that, despite its clarity, never confirms or clears up any questions you may have as a reader. A senselessness prevails, which winds up the tension further, as husbands Eric and Andrew resist the demands of their home invaders for their family’s safety. However, despite the bitter and brutal circumstances, I’d hesitate to call this a cynical book – it just asks you if you can be happy and hopeful with the choices you make when thrown into Hell.

The latest and greatest from the world of horror

‘Winnie the Pooh: Blood and Honey’ Sequel Already Teased With Poster Art
‘Legally Blonde 3’ Details: Reese Witherspoon Reveals If Jennifer Coolidge Will Return
Holding Fire
Why Carolyn Bessette Kennedy Was on Every Mood Board This Season
‘Knock At The Cabin’ Grabs $1.45 Million In Thursday Screenings, ‘80 For Brady’ $1.27M In Total Previews – Friday AM Box Office