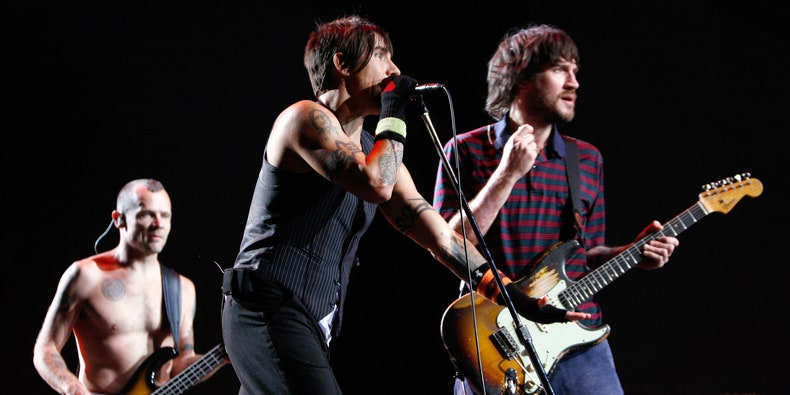 Guitarist John Frusciante has played his first gig since reuniting with Red Hot Chili Peppers. Frusciante last performed with the band in 2007. He joined Anthony Kiedis and Flea for a three-song set at a memorial concert for Andrew Burkle put on by the Tony Hawk Foundation. Jane’s Addiction’s Stephen Perkins filled in on drums for Chad Smith as the Chili Peppers played “Give It Away,” Gang of Four’s “Not Great Men” and The Stooges’ “I Wanna Be Your Dog.” Check it out below.

Frusciante rejoined the Chili Peppers in December after a 10-year absence, replacing Josh Klinghoffer. It’s the second time Frusciante has returned to the Chili Peppers; he left the band for a spell in the 1990s. Klinghoffer recently appeared on the podcast WTF With Marc Maron and discussed his departure, noting it was a “complete shock but not a surprise,” and that he felt a “great wave of love for them, and love for everything [he] was able to do with them.” The Chili Peppers are scheduled to headline three festivals in May: Hangout in Alabama, Boston Calling, and BottleRock in Napa, California.

Read Pitchfork’s Sunday Review of Frusciante’s To Record Only Water for Ten Days.