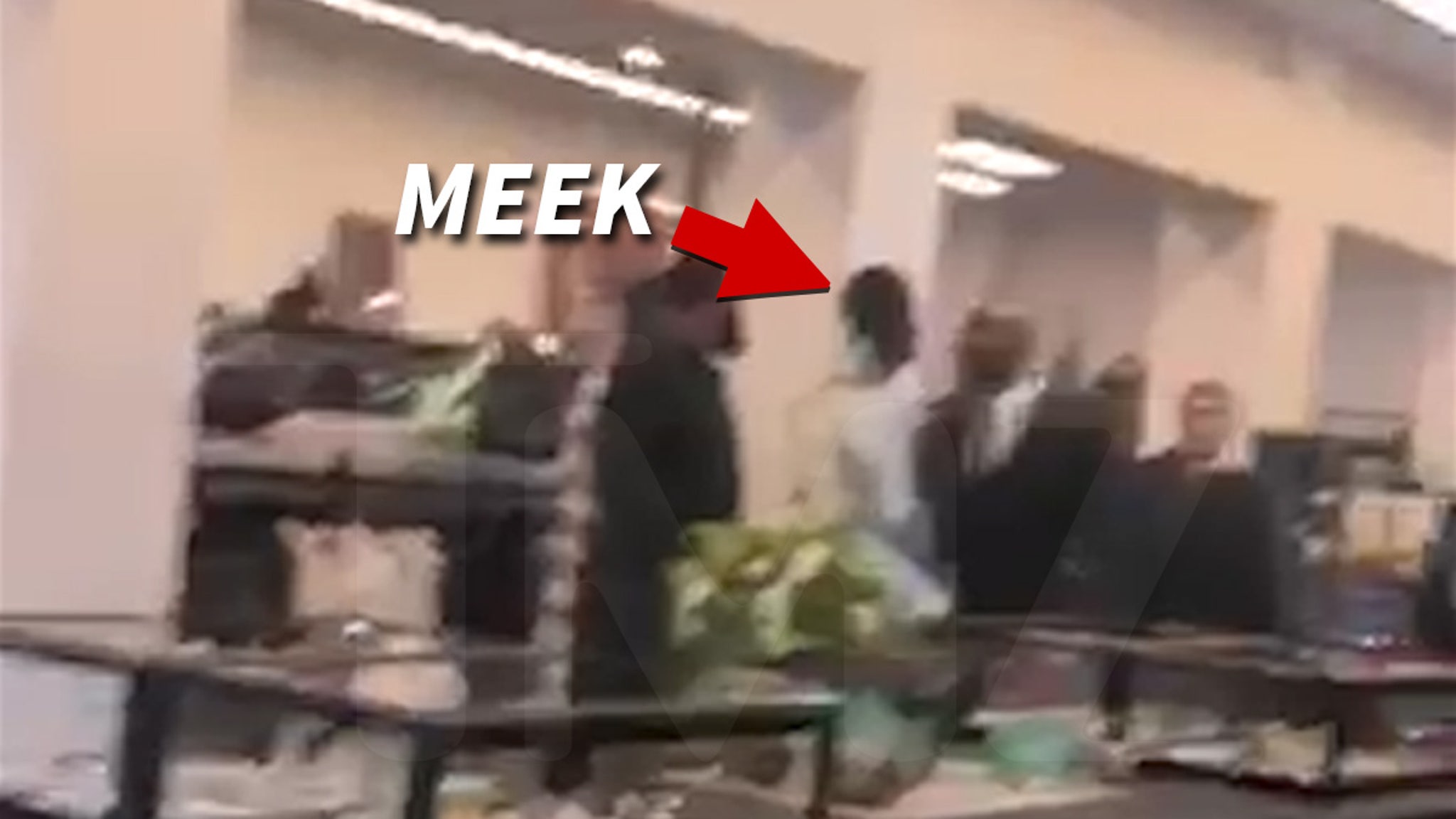 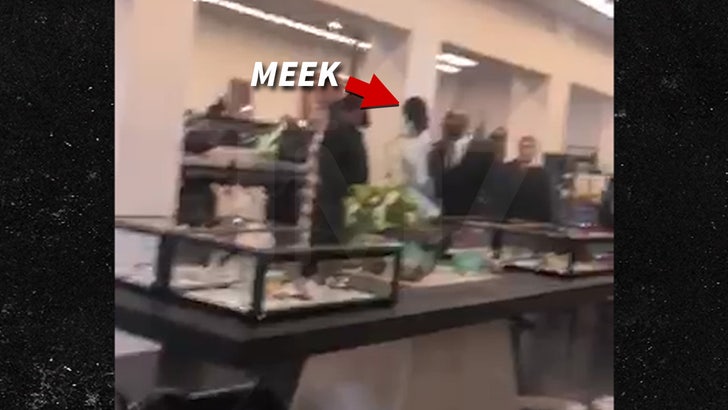 Meek Mill took a walk down memory lane that almost ended in blows — running into his ex, Nicki Minaj, and her husband, Kenneth Petty … and they weren’t happy to see each other.

The shouting match went down Friday at the high-end clothing store Maxfield in West Hollywood, where somehow … Meek happened to stumble across his old flame and her current partner. It’s unclear who was there first, but regardless … it got heated.

TMZ got a hold of the face-off, and you can see Meek in white being held back and escorted out of the store by both his own security team and guys working for the boutique. In the background, you clearly hear Nicki and Ken’s voices … they’re pretty distinctive.

No official word on what started the beef, but based on what we can make out … it sounds like they were talking crap to each other over Nicki — plain and simple. 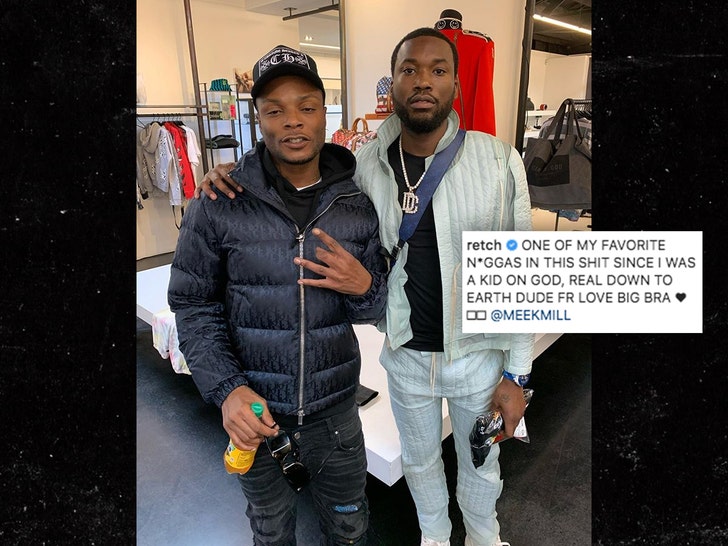 Kenneth calls Meek a p***y and Meek calls him one back while adding he can’t face or talk to him one-on-one without a cluster of people in between. Nicki gets in on the yelling too … seemingly calling Meek a bitch, and also seemingly adding he can’t get over her.

BTW, here’s proof Nicki and Meek were, in fact, in the same place at the same time. This other rapper named Retch — no affiliation to either party — snapped pics with all of ’em. 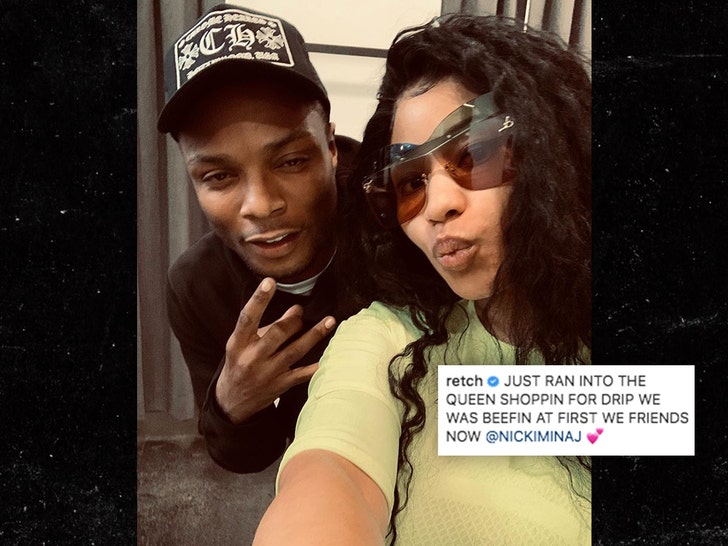 It’s funny … we’re told when Retch approached Nicki after the brouhaha, she actually thought he was a crew member of Meek’s and tried getting in his face as well. That got cleared up though, and she graciously smiled for the camera without further incident.

How small is this town again?