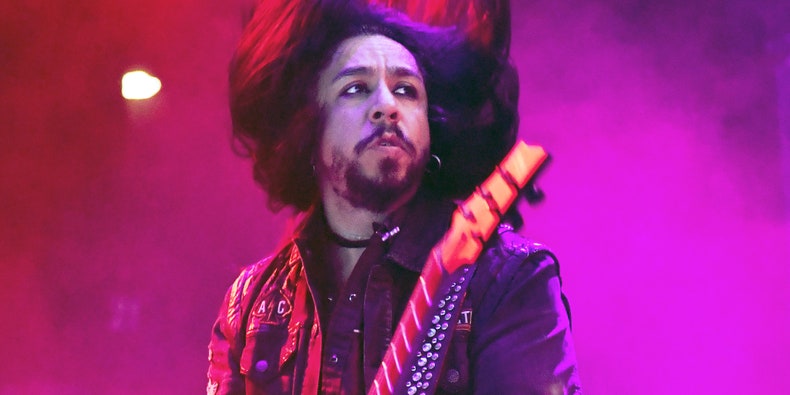 Sin Quirin, current guitarist for the industrial metal band Ministry, has been accused by two women of engaging in sexual intercourse with them while they were 15 and 16 years old, respectively. In a new SPIN report published in Billboard, both women alleged that they each met Quirin following concerts by his band Society 1, which predates his time in Ministry.

The first of those women, Kelly Longoria, told SPIN’s Maggie Serota that she began a sexual relationship with Quirin at age 15 after meeting him at a Society 1 show in 2002. According to SPIN, Longoria told the San Antonio Police Department in a 2017 report that while no sexual contact took place on the night they met, she and Quirin became sexually involved soon after. “The initial sexual assault occurred sometime between December 2002 and April 2003. There were approximately two encounters during that time frame and after that we had a ‘boyfriend-girlfriend’ type relationship, even after I was of legal age,” Longoria stated in the police report. “I could not tell you how many times we had sex during that time frame.”

SPIN corroborated Longoria’s story with her mother and two other women who were friends with her in high school. As Longoria tells it, the relationship lasted for years, only ending when she was “around 21 or 22.” The report also cites email exchanges between Quirin and an ex-girlfriend, Lacey Sculls, in which the Ministry guitarist reportedly acknowledges a relationship with a minor.

Speaking through an attorney to SPIN, Quirin denied ever having sexual contact with Longoria, but admitted to exchanging contact information with her in 2002. “During this time Society 1 was touring heavily in various locations throughout the United States,” the statement reads in part. “When the band was in or near the San Antonio area, Ms. Longoria would come to the show as a guest.”

Quirin’s attorney also responded to allegations from a second woman who came forward with claims of sexual misconduct, who was identified by SPIN only as “Brooke.” The woman alleged that she had sex with Quirin when she was 16 after inviting Society 1 to stay the night at her parents’ home in Portland, Oregon while her mother was out of town. Brooke stated that she and her friends “definitely made it clear” to Quirin and the other members of Society 1 that they were underage, but that she and Quirin had sex that night and the following night after a Society 1 show in Tacoma, Washington. (The age consent in Oregon is 18; the age of consent in Washington is 16.)

Quirin denied Brooke’s claims to SPIN via his attorney. “Mr. Quirin maintains no recollection of meeting a minor outside a show in Portland,” his attorney Randolph Ortega wrote. “Mr. Quirin denies ever have (sic) any sexual relationship with anyone under the age of majority.”

Ortega also claimed that Ministry’s Al Jourgensen is “unaware of any of potential nefarious activity by any member of Ministry during their respective tenure(s) with the band including but not limited to Mr. Sin Quirin.” Pitchfork has reached out to representatives for Ministry.