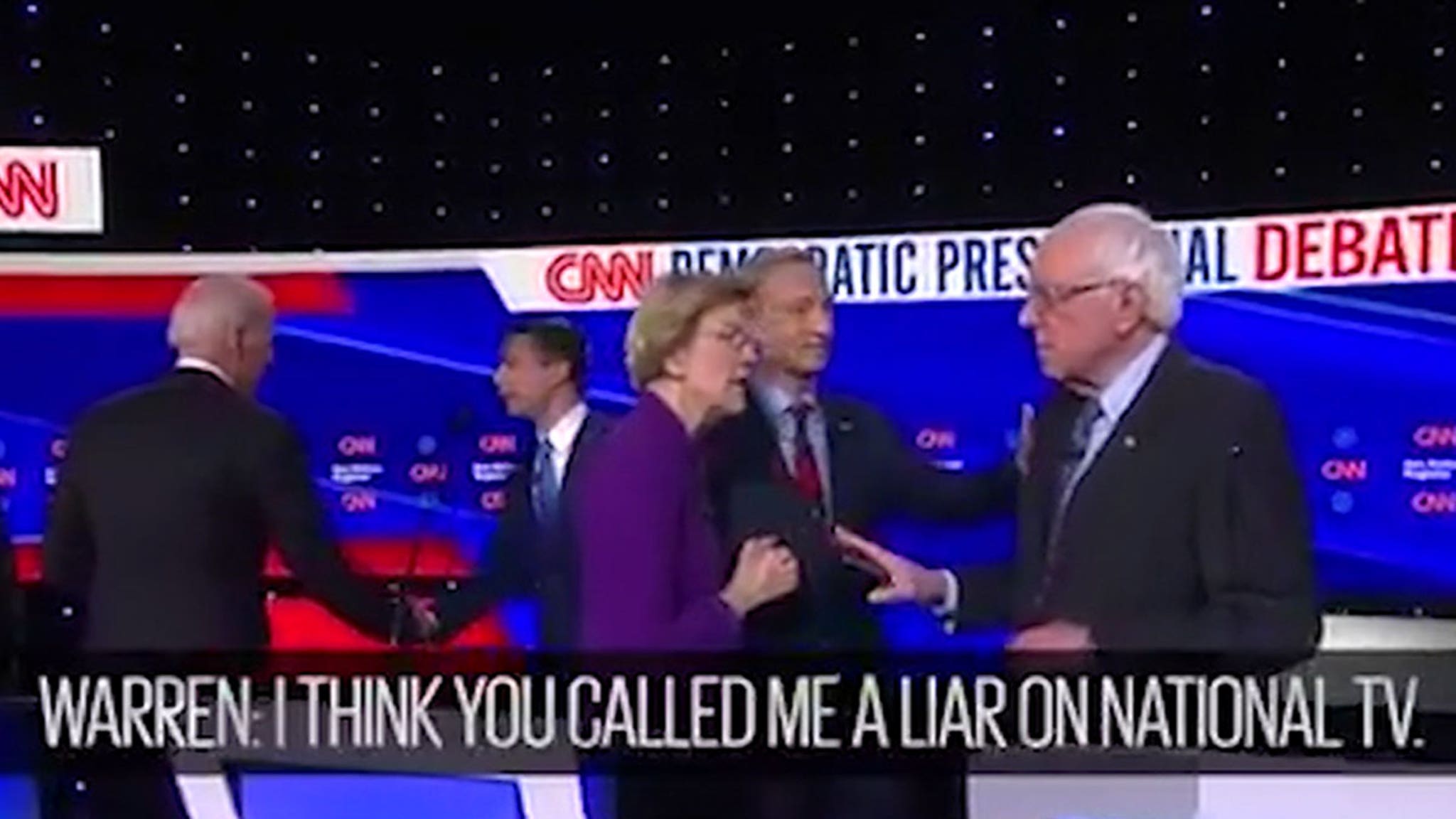 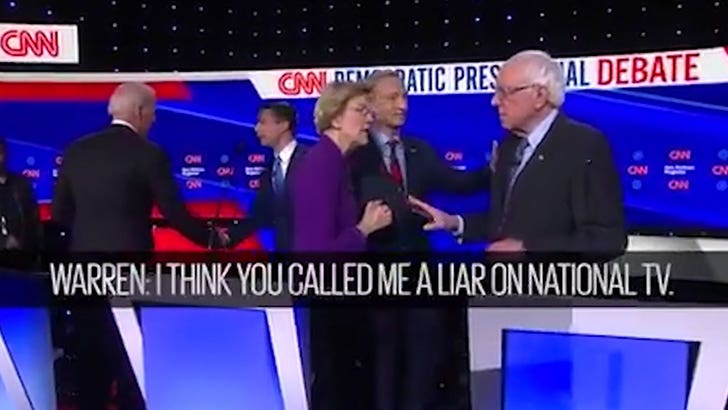 Elizabeth Warren didn’t just snub Bernie Sanders‘ handshake after the Democratic debate … she got in his face and accused him of calling her a liar on national TV.

CNN released the audio of the testy exchange, which helps explain why Warren rebuffed Bernie’s extended hand — she was pissed off!

Warren storms past Joe Biden to walk up to Sanders and says, “I think you called me a liar on national TV” … to which he replied, “What?”

Warren says, “Anytime,” and it seems Sanders does want to get into it because he fires back … “You called me a liar, you told me” before cutting himself off.

At that point, Tom Steyer interrupts the tense moment simply to say hi to Bernie … who couldn’t care less.

The contentiousness between Warren and Sanders stems from a report claiming Bernie told her in December 2018 that a woman can’t win the presidency — something he denies he said, but Warren confirms.

Even though Warren says she and Bernie are friends … doesn’t seem like they’ll be too friendly after this.